In 2021, artist Ant Hampton initiated «Showing Without Going» with Caroline Barneaud of Théâtre de Vidy-Lausanne, with an initial aim to collect examples of how live performance work can travel and be experienced / performed without the artists being physically present. It began with a worldwide call-out to help pool many examples of artists’ work fitting this description or suggesting the possibility for it. Imagined examples were also welcomed, and there was an extra space for concerns, fears or questions surrounding this approach. Over a hundred contributions were received.

Later, in June 2021, a small working group was formed with artists, producers and curators from around the world - Munotida Chinyanga (UK), Ant Hampton (UK / DE / BE), Rita Hoofwijk (NL/BE), Ophelia Huang (CN), Gundega Laiviņa (LV / USA), Kate McIntosh (NZ / BE), Ogutu Mũraya (KE), Shiva Pathak (IN) - with the aim of researching, collecting and cataloguing all the different practical ‘approaches’ (formats, processes, tools) to making and presenting work in this way. But the project’s ambitions quickly expanded, as it became clear that a parallel mapping of related ‘considerations’ (political, ethical, practical, technical) could, together with an ingenious design, allow for an even more useful tool that could really lead users into developing new thinking, ideas and approaches. Over a period of intense collective writing, the group created the ‘Atlas’, bringing together their overview of current practice with a great array of related theoretical concerns. The idea is for it to grow, remaining open for some time to contributions from people engaging with it.

What is the Atlas, and who is it for?

* see Climate Action Tracker, a collaboration between German-based Climate Analytics and the New Climate Institute that measures government action against the “safe” target set by the Paris Agreement. 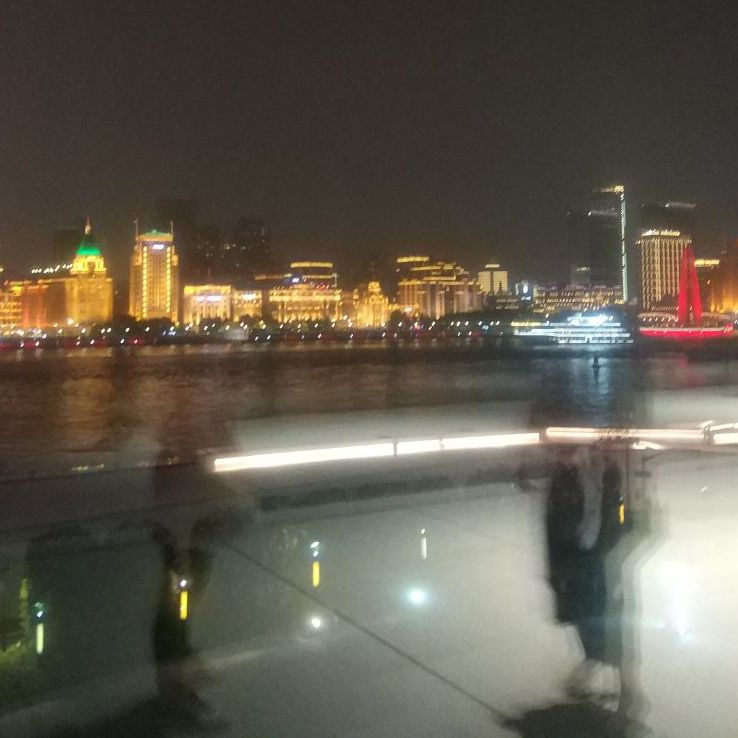 Coming from a continent where lands are scattered and people are divided by seas, mountains or distinct histories, (air)travel has a certain connotation to me. Why and how did artists travel in the first place, before the era of international touring? Who is travelling, from where to where? And who is not travelling? What do people seek in travel, is the promise of travel fulfilled, and when some decide not travel anymore what do they seek? If theatre is about bringing people together, I want to join a conversation with these questions in mind. I want to look collectively for more ways, better and fairer ways, to connect and to remain connected. So those who have travelled, those who have not yet travelled, those who wish to travel but cannot, and also those who can travel but choose not to, can still meet each other in this space called theatre. (Ophelia Huang) 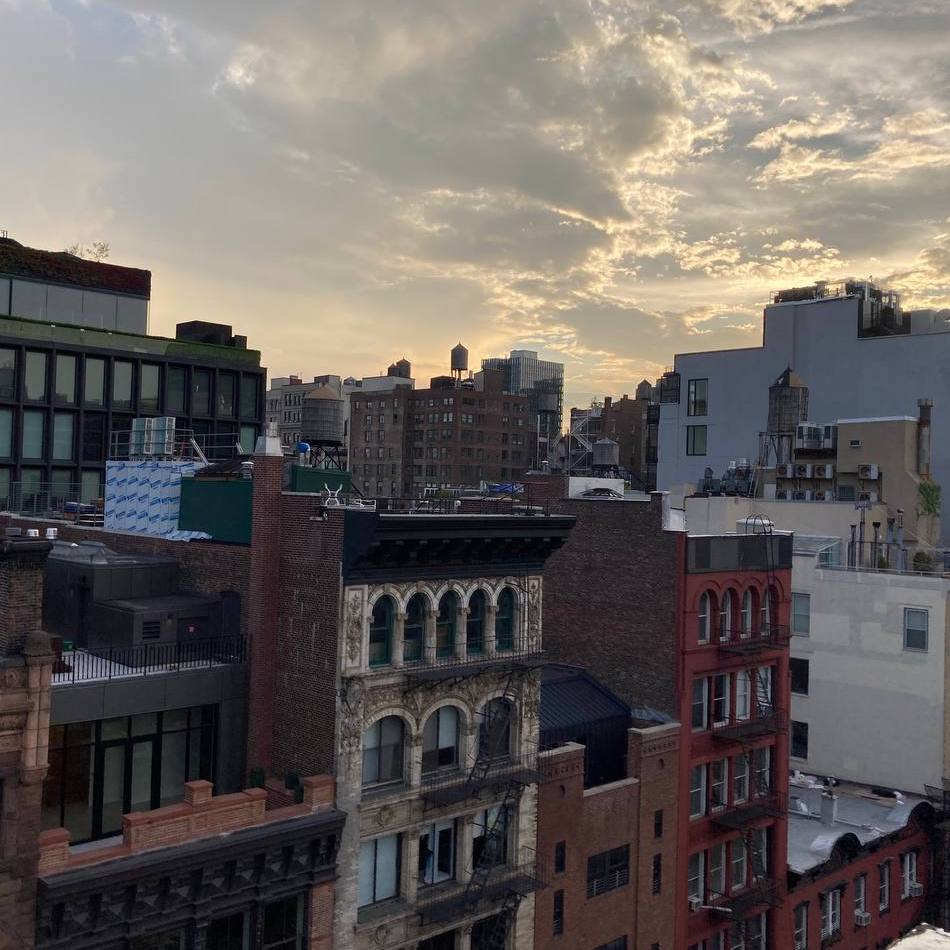 Actually, I am for going. Yet I have to question again and again – who goes, how and why. I am for a different kind of going than the conventional touring routine: taxi, plane, hotel, venue, hotel, plane, taxi… I am for going slowly, going with care, going to stay, explore, connect, going to create conditions for the artwork to live longer, not going, going with dignity, letting someone else go. What are alternatives to travel fatigue – a condition discussed frequently within the “bubble” of Western theatre makers? To stop and find well-articulated reasons for not traveling anymore as we are privileged to do so? But we could as well give chance to new approaches to emerge, we could keep exploring and connecting things, places, people and ideas without necessarily going or - if going - then differently. (Gundega Laiviņa) 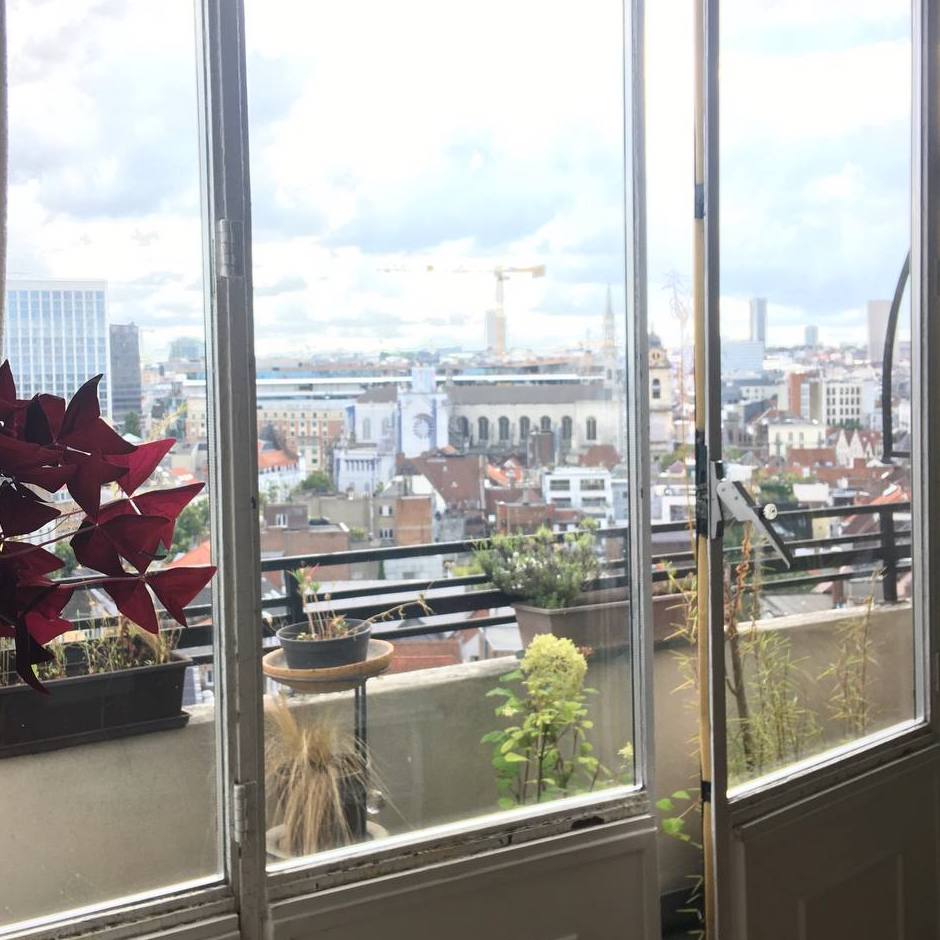 Trying to articulate the reasons and motivations that led to this, they often get tangled. Here I've tried to unknot and lay some different strands next to each other:
c. I like the side of live performance culture which values an 'economy of means' - doing more, with less.
d. It seems clear that humans in general need to do less, with less.
a. In my own work, i’ve been interested for years in finding friction and play between certain binaries like the tendency to fix or decide things and the need to figure things out in the now; between aspiration and outcome; between liveness and absence.
e. Thinking about the word ‘afford’ - who can afford something (who is privileged, who can afford to stop flying now, who can’t) what can be afforded (eg. can you afford a plane ticket / can the planet afford people taking planes?) but also, ‘what something affords you’ in the sense of providing opportunity. The terrace affords us a nice view. The toolbox affords us an expansion of our resources.
f. With regard to ecological collapse I’ve been introduced to ideas of deep adaptation and a realistic look at what is happening and what’s coming, of which a pandemic is only one part of the picture, and from which spring many challenges and restrictions. Moving around will become increasingly difficult. Meanwhile, real cultural exchange, involving intimacy, empathy, and liveness, will become ever more precious and necessary. We need to get good at doing liveness at a distance.
g. What about orgs like Goethe, British Council, Pro Helvetia? Historically their aims have been somewhat missionary, disseminating and using culture like soft power - huge, flagship productions involving large teams being jetted and taxied in and out of cities with scant regard for local context. If we can agree that’s neither desirable or sustainable, if an end to this is in sight, then what next?
h. We need a map (of possibles, and of questions) but one drawn collectively, with multiple, diverse perspectives. (Ant Hampton) 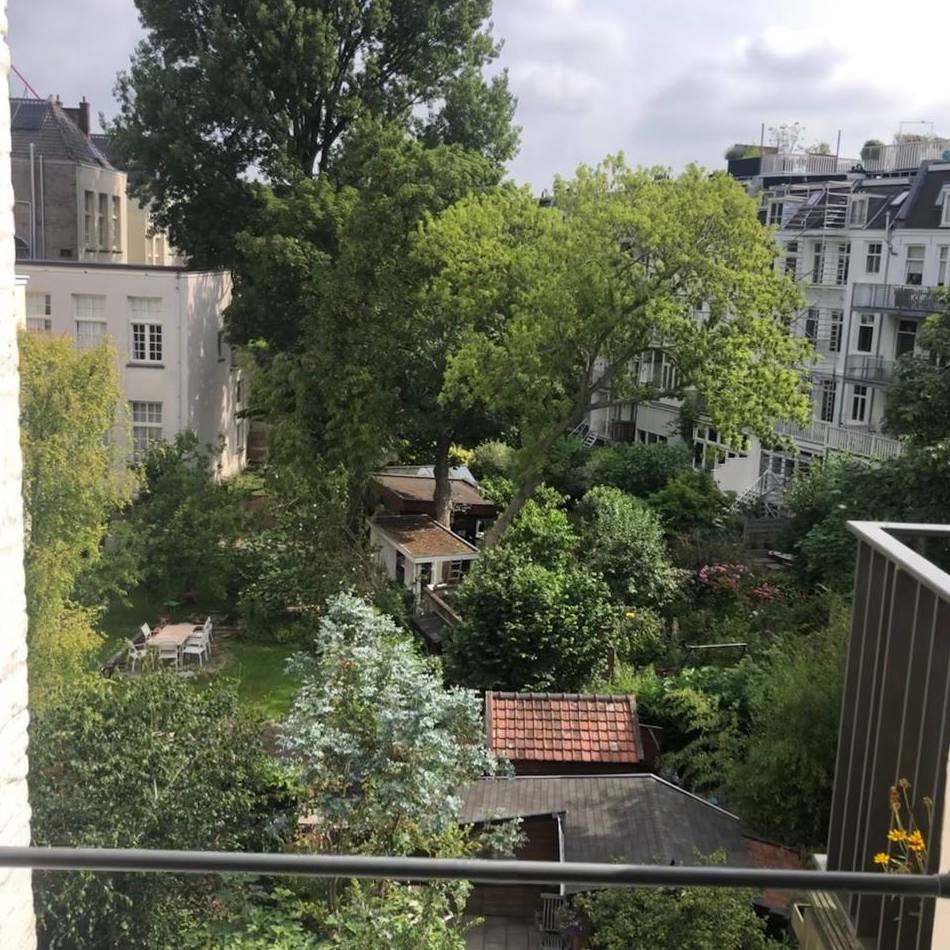 As an artist who creates site-specific or context-specific works, the going (to allow for the ‘being’ on site) has been crucial for my work. During the past year, as relocating myself and my work became impossible, I’ve worked around the question: How do we connect with places and with people at a distance or by means of our distance? It made me think of the impossibility of travel beyond the pandemic for many and possibly for all of us, may it be for different reasons; political, economic, ecological. In order to create the Atlas, we gathered as a working group in the same (online) space, uploading our thoughts, texts into the same file, while thinking them in different places in the world, in different circumstances, different time zones. After a click on the button ‘leave meeting’ the distance between us returned inexorably. I was alone again, felt far away from our common space in which birds from Nairobi, wind from Lausanne, the lockdown in Bangalore and the heat of an apartment in New York’s summer were simultaneously present, even though I had not left my seat. Working on Showing Without Going, made me rethink what ‘going’ means. To not go raises the question: how to stay? How can the going nor the staying be taken for granted? If to go, who goes where. If to stay, who stays why. The context as part of the work. Could this way of showing and creating inspire forms of art and connection across distance? It might demand a new kind of care and attention from us - I would consider that to be a good thing. (Rita Hoofwijk) 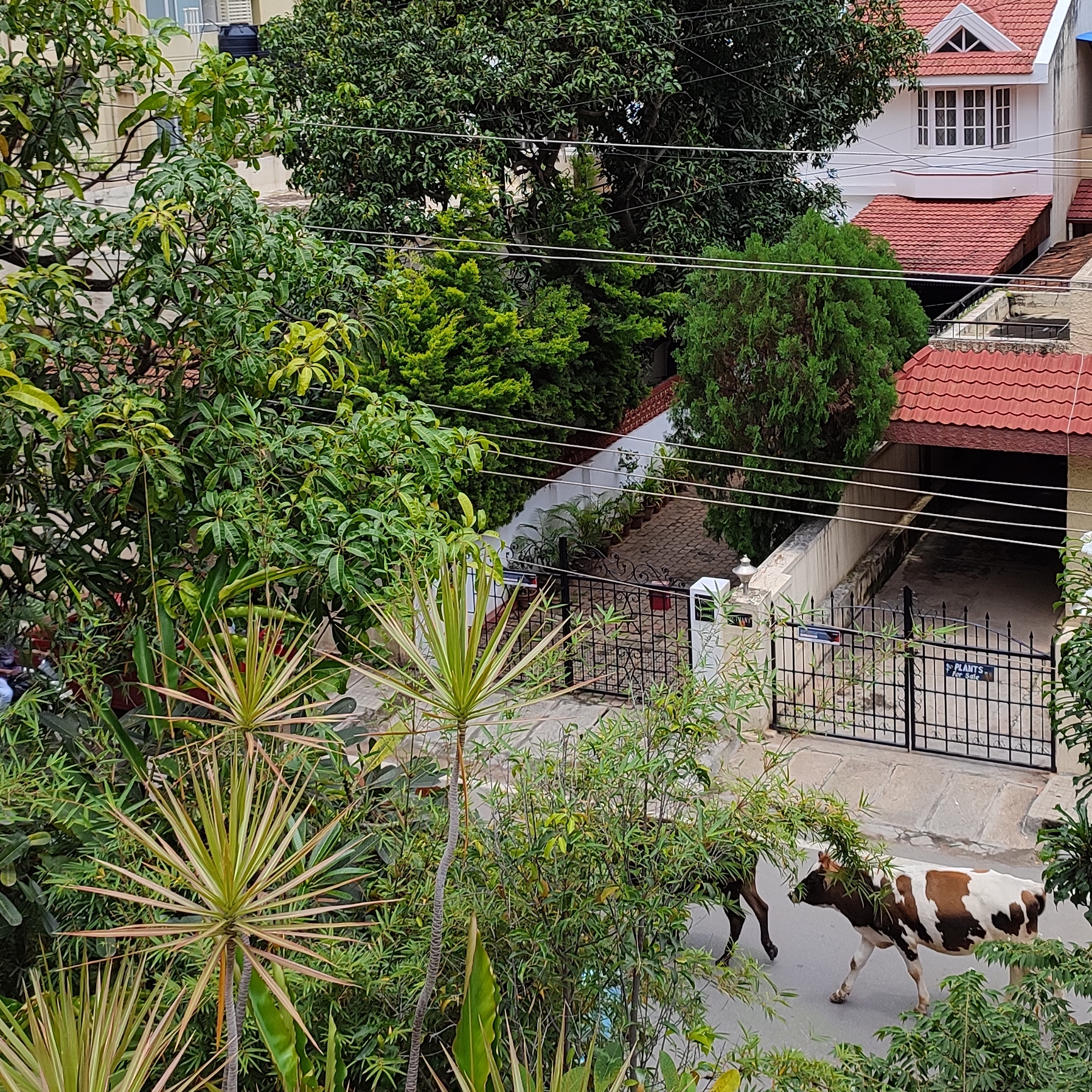 As a producer working in India, touring and presenting shows is a big aspect of my work - especially working with artists who are working on issues outside of the mainstream. When I first heard about the project 'Showing Without Going' I was very curious and also apprehensive. I wondered if it was another project where conversations about sustainability were being led by northern concerns. Was there any space within this for conversation for the need to travel. Why should we travel? Sometimes, to travel or not to travel is not a personal choice but a political or economic circumstance. It is not something I decide but it is something that is thrust upon me. A house arrest, censorship, denial of visa, dearth of funds. How does showing happen in these scenarios? And what is meant by going? Is it the act of travelling or is the act of the work transcending and reaching the audience with or without the artist physically being present? The struggle for me in this is how do we keep the "LIVEness" of the work intact? How do we ensure that the experience of the audience is not reduced ? How can we together imagine newer formats that do justice to the idea of showing without going without reducing the impact of the experience? We spent time together in the working group asking a lot of these questions, not hoping to find answers to them but definitely wanting to have more conversations and learn from each other's experiences. Given the diversity in the group there was never a dull moment and the discussions led to a lot of unlearning, relearning and reimagining of ideas. I do hope that some of this is visible in the atlas that we have tried to put together as "a joining of dots" to many of our ideas, and I hope that it leads to new discoveries for arts practitioners. (Shiva Pathak) 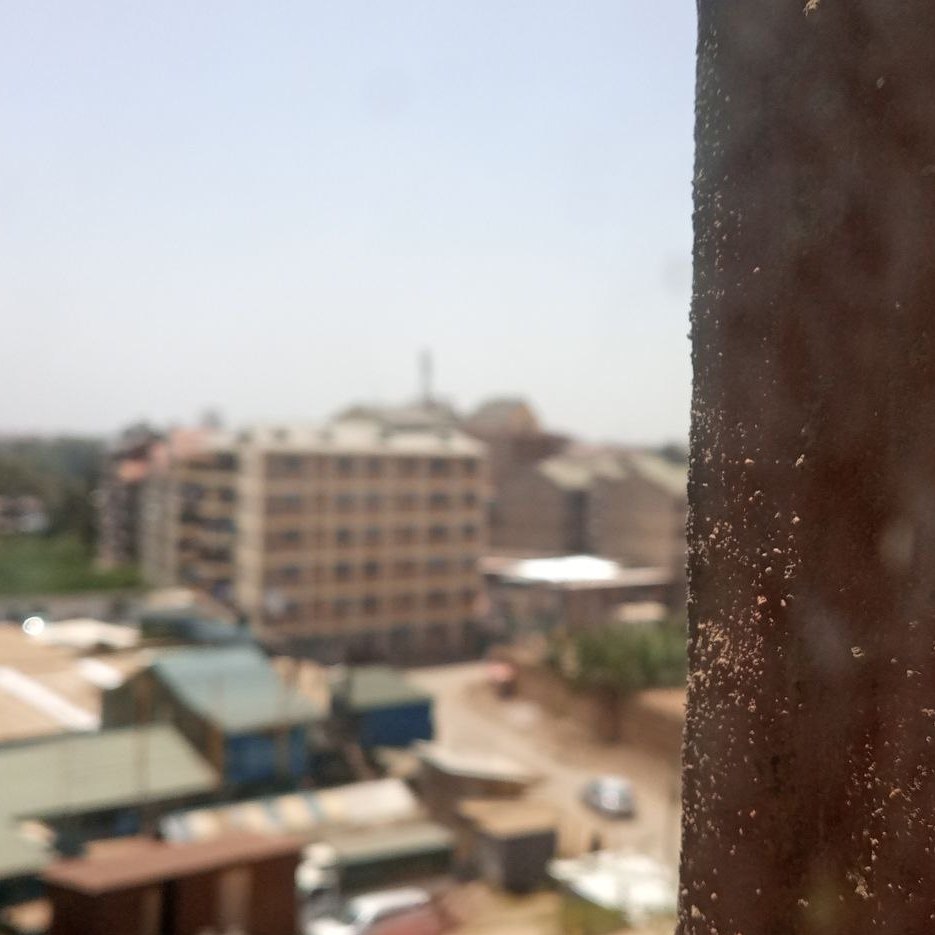 The subject of showing without going has been present in my artistic practice since late June 2019 when I made the decision to renounce restrictive visa applications procedures. I wrote a statement to elaborate on this decision making it clear that I am not calling out other artists who are brave enough to face the visa trouble, and also acknowledging that I have the privilege to return. For me, it became too difficult to convince myself to go through with this periodic process of justifying my existence in order to gain temporary approval from a system that is undeniably discriminatory. From this decision started a practice of ‘absence as protest’ making it clear that my refusal to apply for visas is not a refusal to engage but an appeal to reconsider and renegotiate the terms of engagement. It really is not unreasonable to ask for equal opportunity. Not aid, not pity, not sympathy, but equal opportunity - unrestrained by artificial barriers, prejudices and preferences. Of course, since 2019, the global pandemic has happened. And I am in the process of reconsidering my decisions. If anything the pandemic made it impossible to ignore persisting inequalities. I guess now more than ever, it is important to reflect on why certain restrictions are imposed on certain bodies, and for what purpose. Post-pandemic, there should not be a return to normal – because as writer Elif Shafak asks - when were things ever normal? The opportunity to be part of the showing without going - working group has been critical for me, in the asking of uncomfortable questions. It has fulfilled in me the desire to understand other reasons why artists choose to not travel as an exercise building nuanced conversations around practices of showing without going. Throughout the process of the working group I have been asking myself - what are we sacrificing by showing without going, why are we making these sacrifices, what must we insist on safeguarding and protecting and what is gained and lost from making these sacrifices – where sacrifice is both an offering and a giving up of something precious? (Ogutu Muraya)

Production: Théâtre de Vidy-Lausanne
Coproduction: Zürich Theater Spektakel
With the support of Pro Helvetia - Swiss Arts Council
And with thanks to all the initial contributors to the « Showing Without Going » research-database.